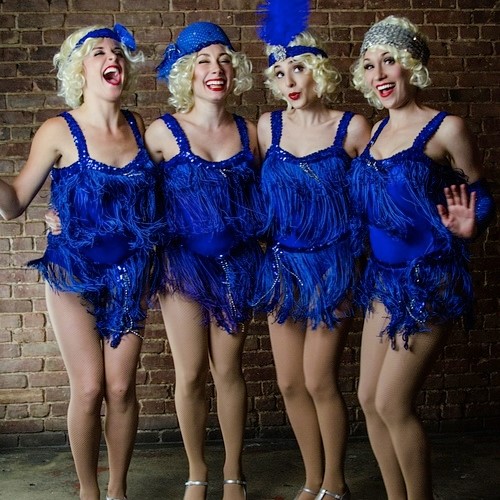 THE HONEY TAPS Song & Dance Act pay homage to the effervescent chorus girls of a bygone era…the gals with the happy feet! With a nostalgic wink to flappers of the 1920’s and bubbly chorus girls of the swinging 1930’s & 1940’s, THE HONEY TAPS captivate audiences with their intoxicating energy and dazzling display of top notch entertainment. THE HONEY TAPS have appeared nationally and internationally at iconic venues including Carnegie Hall, The Rainbow Room, Lincoln Center, The Plaza Hotel, JFK Library, The Queen Mary, USS Midway and Palais Royale. Collectively, THE HONEY TAPS boast an impressive resume including Broadway and National Touring productions of 42nd Street, Anything Goes, Hamilton, The Producers, Young Frankenstein, White Christmas and The Radio City Rockettes. In addition to performing on the New York City and Los Angeles club scene, THE HONEY TAPS are available for private bookings and corporate events.