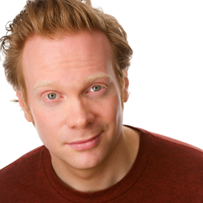 Nathan Macintosh is an award winning comedian hailing from Canada now based in New York City. He has performed at many of the major comedy festivals, including the Halifax Comedy Festival, Boston Comedy Festival, and the prestigious Just For Laughs Comedy Festival, where he performed on a Gala taped for TV that was hosted by Carrie Fisher. Nathan has been seen on CONAN and Gotham Comedy Live for AXS TV, and has his own half hour Comedy Now! special shown on The Comedy Network/CTV.