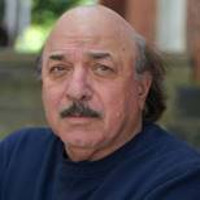 Frankie has performed as a special guest on Saturday Night Live which was his first appearance in the national spotlight. The audience response was enormous to the point that Frankie had to install two answering machines in his office. Frankie has also performed on The Cosby Show, The Joan Rivers Show, Cinemax, Showoffs with Malcolm Jamal Warner and numerous comedy shows and specials. He has been compared to Charlie Chaplin, Jonathan Winters and Red Skelton in some of his reviews.