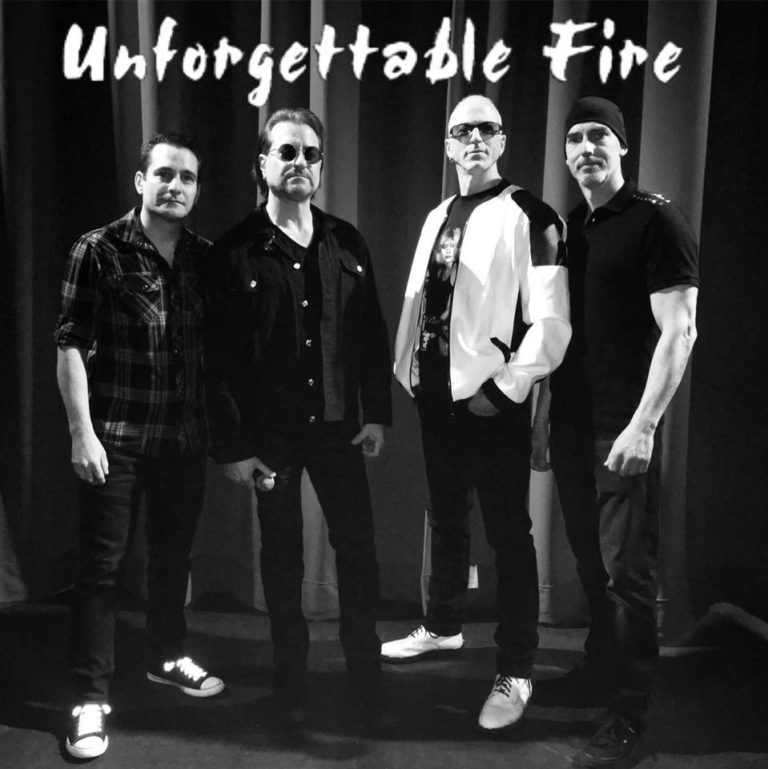 Unforgettable Fire, or “UF”, was born on New Years Day in 1995 as one of the very first U2 tribute bands to ever perform in America. After twenty-four years of playing in some of the most prestigious venues on the East Coast, UF has formed a reputation among many to be one of the closest experiences to being at an actual live U2 show. In addition to performing a very impressive array of U2 material from pre-Boy to the most recent Songs of Experience and beyond, the band does everything in their power (from wardrobe to lighting) to recreate the live U2 concert setting for their audiences. ‘You can blow out a candle, but you can’t blow out a Fire; once the flames begin to catch, the wind will take it higher.’