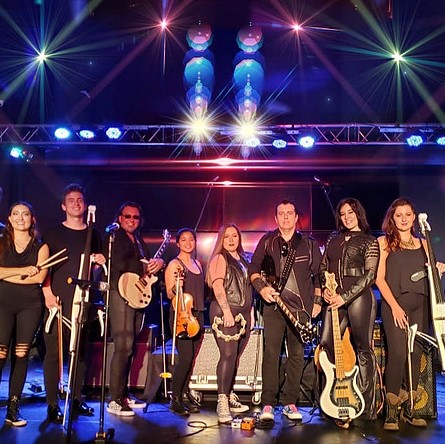 Ticket To The Moon

A Tribute To The Electric Light Orchestra

Ticket To The Moon will take you on a FLIGHT through the music of Jeff Lynne’s ELO. 2017 Rock & Roll Hall of Fame Inductee Jeff Lynne & his Electric Light Orchestra no doubt added an exciting mix of elements into rock and roll, including disco rhythms and electronic studio wizardry. With hits such as Strange Magic, Evil Woman, and Telephone Line, this incredible group pays tribute to the music that helped shape a generation. Ticket To The Moon delivers a one of a kind show, both sonically & visually, which will make any fan feel like they’re at an actual ELO concert. Lead singer & founder Reggie Fecteau, has assembled a ‘dream team’ of musicians whose training and performance history is second to none. Book Ticket To The Moon Today for your next event! Available for Corporate / Private Events, Festivals, Casinos, Performing Arts Centers and more.