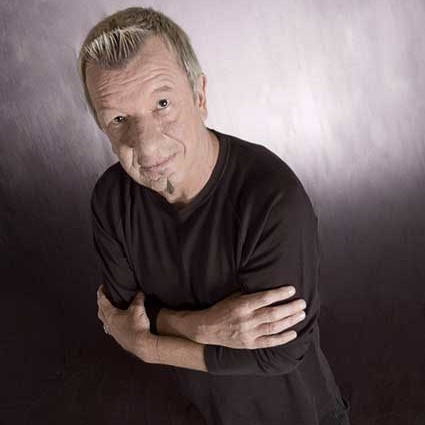 After realizing playing second base on the Duck Inn softball team would not propel him to the “Big Leagues”, Erie PA native Mike Stankiewicz moved to Philadelphia setting his sights on the world of stand up comedy. With his rust belt influence, his intellectual proclivity and a blue-collar approach to humor, he turned Philadelphia on its ear. Stank does for stand-up what Tom Waits does for music. So if you like Mr. Waits and have a penchant for Charles Bukowski, you’ll love Mike Stankiewicz! An interesting aspect to Mike’s career is that he has lived on both coasts (LA and NY) and fits seamlessly in both locations as well as everywhere in between. Now Stank plies his wares everywhere from Las Vegas to Atlantic City, from Mobile to Montana. He’s a modern day Kerouac, hell, you probably passed him “on the road”!