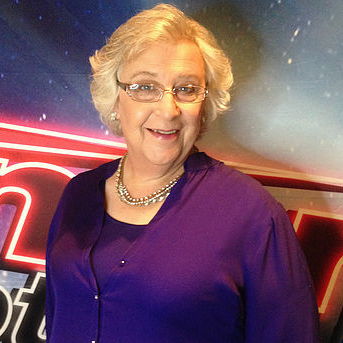 Julia is a nationally headlining comedian, former teacher, author, speaker, and woman of transgendered experience. She was a quarter-finalist and fan favorite on season 11 of America’s Got Talent on NBC in 2016. She was a judge’s favorite with Simon Cowell saying “you genuinely made me laugh”, and Howie Mandel quoted as saying “you have so much to offer, you are a joy.”
Her new brand of comedy is fierce, honest, and fearless. She has been described as a “force of nature”, “a cross between Sam Kinison and Mrs. Doubtfire”, and like a “chainsaw flying through the room”.
In 2012, Julia had been named one of the Top Five Transgender Comedians in the country by Advocate Magazine. Since then, she has gone on to become the first transgendered woman and finalist in the New York Based Ladies of Laughter Competition. She has performed at the Boston Comedy Festival, and in 2014 was one of the winners of the Laughlin Laugh Festival in Nevada.
Today, you can find Julia performing at comedy clubs and theaters around the country. When she isn’t making people laugh, Julia often speaks at teacher in-services on the subject of bullying and transgendered youth issues.