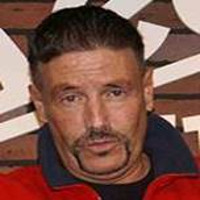 JJ Ramirez is affectionately known as “The Latin Lunatic,” JJ tours the country as a national headliner.He is a regular at America’s best clubs including The World Famous Comic Strip, The Improv and Carolines On Broadway. On television, J.J. has appeared on A&E’s “Comedy on the Road”, “Evening at the Improv”, Showtime at the Apollo, Fox’s “Comic Strip Live” and Comedy Central. In the casinos, J.J is also well-entrenched having appeared at Atlantic City’s Borgata Casino and The Tropicana in Las Vegas. He is also featured in the award winning movie The Latin Legends of Comedy.