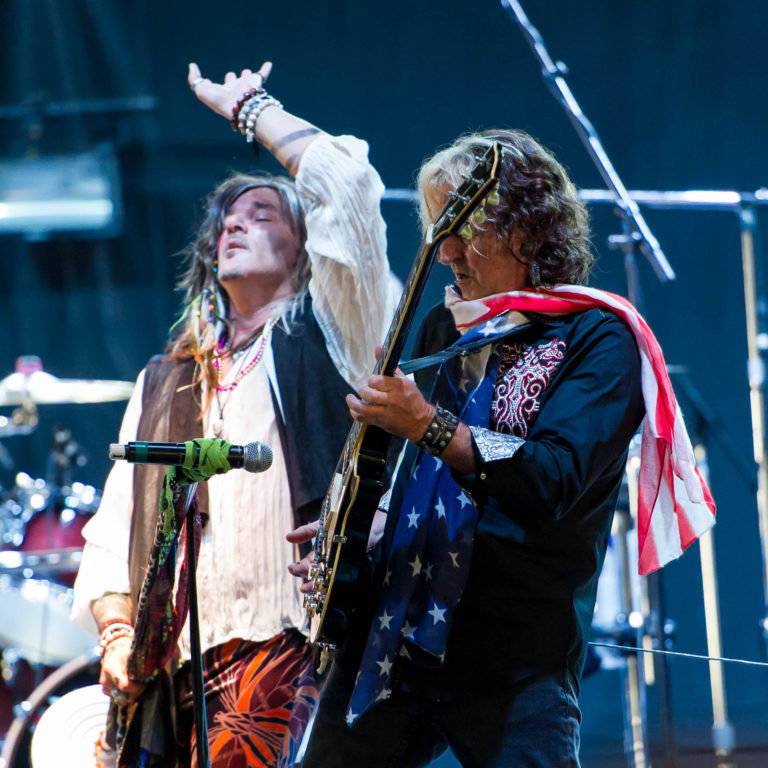 Jaded began one day in early February 2015 in Ft. Lauderdale Florida as a bright idea by Guitarist Pete Lauria (Brad Whitford) after noticing that his MAINSTREET BAND singer and fellow transplanted Bostonian Tommy Braga really loved imitating Steven Tyler during their shows. Pete enlisted John Aubrey, a former Guitarist from the WONDERBREAD BAND and THE ADEQUATES to be our Joe Perry. A close friend recommended Tom Gress, who took on the part of Joey Kramer on Drums and he brought along a former student Chad Mason to play Tom Hamilton (Bass). With the line up set, the band quickly devised a set list that encompassed enough of the 45 year history of AEROSMITH to be representative of the actual experience of seeing the band live on any given night. The players have, through the study of the music being reproduced, discovered a true love for this first truly American Rock and Blues answer to The British Invasion’s Rolling Stones and Led Zeppelin, and feel that shines through in each performance. Most importantly, Jaded Aerosmith Tribute is about having a good time with good music and good friends.