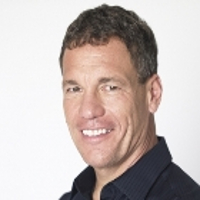 “GOUMBA JOHNNY” SIALIANO is a comedian, actor, and radio host who played for both the New York Jets and New York Giants. After retiring due to injury, he established “Broadway Bodyguards” and escorted celebrities such as Smokey Robinson, Sam Kinison, and Malcolm Forbes. With his natural quick wit and charm, Johnny has joined the ranks of other comedians by performing stand-up at popular comedy clubs like Caroline’s, Mohegan Sun, Foxwoods, and the Borgata.