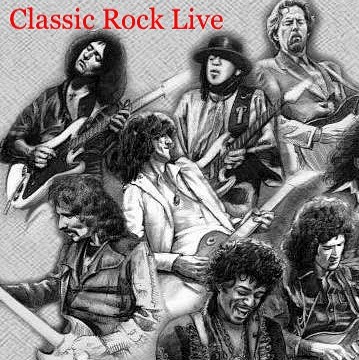 A Tribute to the Greatest Guitar Legends

“THE CLASSIC ROCK SHOW”! This band features Guitarist/Vocalist James Hefner performing spot-on studio versions of the biggest HITS by legendary guitarists Jimi Hendrix, Eric Clapton, Stevie Ray Vaughan and Brian Setzer amongst others, as well as covers of “Guitar Heavy Bands” such as ZZ Top, Lynyrd Skynyrd, The Allman Brothers, Cream, Stray Cats, Nirvana etc… This band is a 3 piece powerhouse of talented musicians (Hugh Bond- Bass and Vocals and Nick Fife on Drums) born and raised in the “Hell’s Kitchen” section of New York, NY and have played THIS MUSIC together as a band for the past 30 years!! They’ve toured internationally as supporting act for some of the biggest acts in the business (BB King, Alvin Lee, John Mayer) and have been critically acclaimed as being one of the top “Classic Rock Bands” ever to tackle 90’s “Grunge” and Southern/Country Rock equally well. CLASSIC ROCK LIVE represents multiple decades and styles of your favorite influential guitar driven FM Radio HITS, from the 60’s through the 90’s. This is “THE CLASSIC ROCK SHOW”!