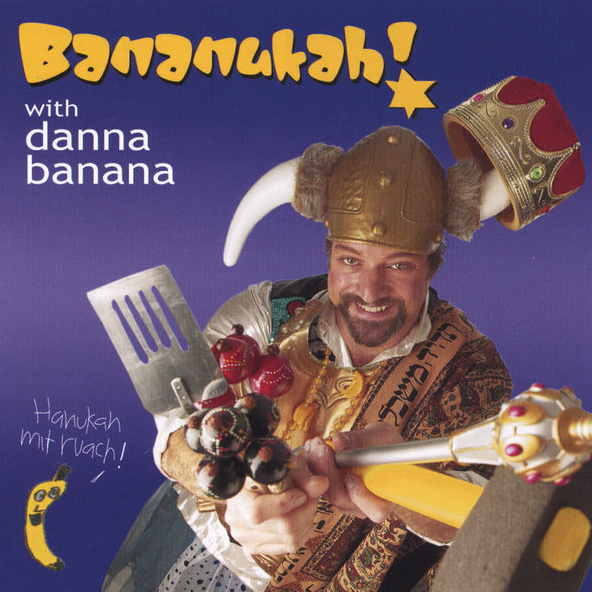 45-50 minute show for kids and their families, consisting of original as well as traditional Hanukkah songs, including the Dreidel song and the Hanukkah song. The show opens with a funny original song about “Bananukah!’ – just like Hanukkah – but with bananas!?!” There is also a special appearance by the ‘Latke Fairies’ (who will be selected from the audience) and who dress up in fairy costumes to spread latke joy. Then the singing and dancing begins with the Dreidel song and more of the music that celebrates the Festival of Lights. The finale has everyone laughing, singing and clapping along.