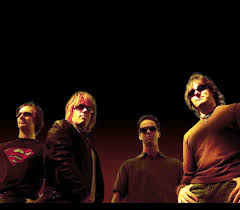 Formally known as “Jovi”, hailing from all corners of New England and winner of Limelight Magazine’s 2010 Tribute Band Of The Year, Bon Jersey has been playing to packed houses for the past 13 years. The band’s frontman, Joe Ventura, gets mistaken for Jon Bon Jovi on a regular basis and has all the stage moves and signature sound down to a tee. Performing songs from the very first Bon Jovi album all the way to the latest from this iconic rock group; Bon Jersey provides the closest experience to actually seeing Jon, Richie, Tico, David and Hugh on stage. A concert event not to be missed!